Making a meal(worm) out of science! 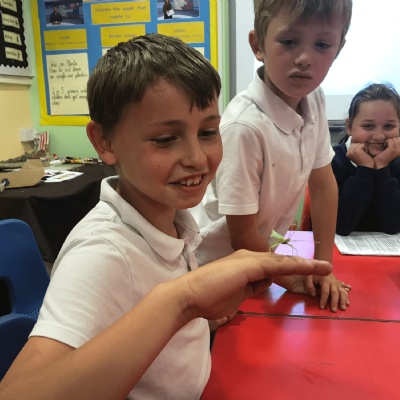 This half term, in order to see how an insect's lifecycle differs from that of a human's, Mothecombe class are caring for mealworms, observing and cataloguing the changes they undergo throughout their lifecycle. This means creating a habitat in which the creepy crawlies can survive and grow as well has picking up the wriggly worms so that we can do scientific drawings!

Have a look at our gallery for more pictures!